I know today is Thursday but this is Wednesday's outfit.

Yesterday was a very weird day. It started out normal enough - I got up and went to work - but I left work early because I was traveling about 3 hours to a city in a neighbouring province for a meeting that was held today. And that's when things got a little weird.

First, let's set the stage by showing you my outfit. 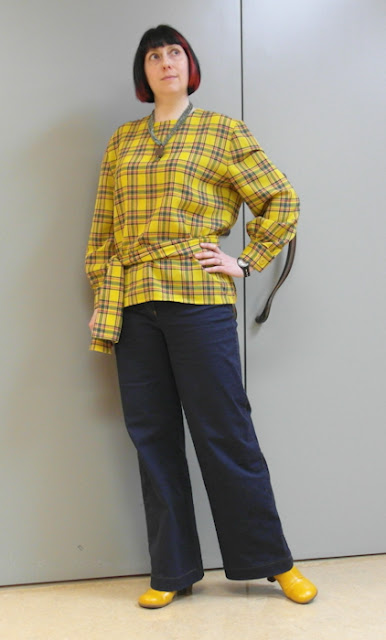 Yes, I was wearing jeans on a Wednesday, something I normally wouldn't do but I knew I was going to be sitting in a car for 3 hours so I wanted to be comfortable. It turned out to be a good choice.

I was hitching a ride with a colleague, B, who was going to the same meeting and when he came to pick me up he said he had to make a stop at his house before we got on the road.

He lives about 30 minutes outside the city and his neighbour had phoned to say that one of his chickens had gotten loose and a dog was chasing after it and had possibly injured it.

When we got to his place he asked if I could help hunt down the chicken. He moved toward his neighbour's deck since the chicken was last seen heading that direction so I went to check out the coop.

That's when we discovered a hole in the chicken wire and two other chickens were loose. The first was caught quite quickly but the other ran into a group of trees and bushes. So here I was, running around in $500 boots and a Givenchy blouse, flushing a chicken out of the brush and trying to herd it toward B so he could put it back into the coop, saying "here, chicky chicky chicky..bawk bawk"...

We successfully rescued the two chickens we could find and then searched around his yard and his neighbour's yard to find the last and possibly injured chicken. We had to give up though.

Then we drove to our hotel where our meeting was being held, which wasn't even in the city so there was nothing to do other than sit in the bar. I had a beer, a glass of wine and 4 martinis. This was a very bad decision on my part. Definitely not one of my shining moments of intelligence.

Luckily my meeting which was supposed to go until 4:30 ended at 1:30. Sitting in a meeting with a hangover is challenging.

I didn't get a photo of today's outfit because I couldn't find a place where I could sneakily set up my camera. 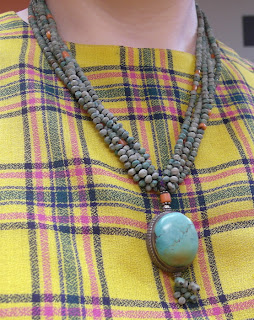 So glad tomorrow is Friday.