Ok, so it's not winter here, but it's still cooler here than in most other parts of the country. I flew to Winnipeg on Monday for meetings and am leaving tomorrow. It takes a full day of travel to get here because flights go through Toronto, usually with a layover of a few hours, so it can be very tiring.

On the way here, I was seated next to a woman who kept invading my personal space and she didn't have anything to do like read, or play on an iPad, so she stared at me while I played Angry Birds. Also, I was on the aisle and when we landed she tried to get out into the aisle by climbing over me. I said "WAIT a minute!" I've never had anyone try to do that before. It was quite unnerving. Hopefully tomorrow's flight will be less weird. 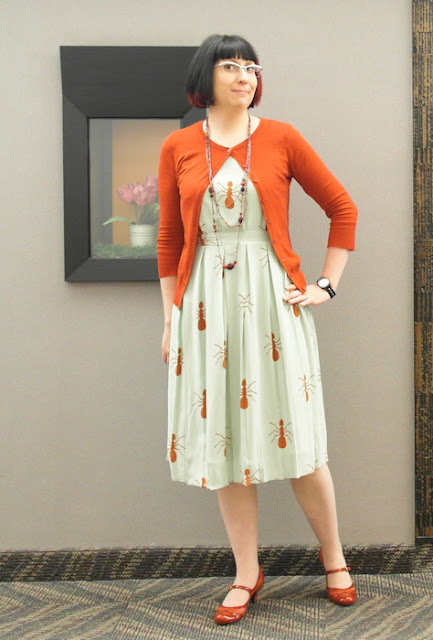 Yesterday I wore my Charlotte Taylor ant dress that I recently had shortened. It was a maxi dress but I couldn't see myself wearing it at that length very often. I think its more wearable now.

I'm probably the only government employee who has ever worn a dress with big red ants all over it to a meeting. Take that power suit! 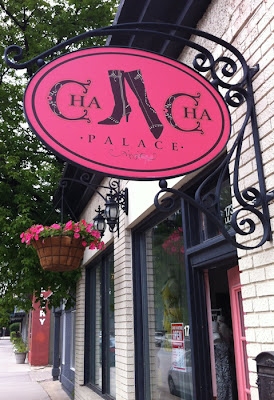 After day one of meetings, my coworker and I went to the Cha Cha Palace, a very funky store indeed. I shouldn't have, but I bought a cool linen skirt and a tunic/dress thingy which is really neat.

This store sells Fluevogs, Fly London and Camper shoes. I wish they had boots like the one on the sign.

Unfortunately I left my grey cardigan there. It cost less than a cab ride back to the store though.

Today I wore the new skirt I bought. 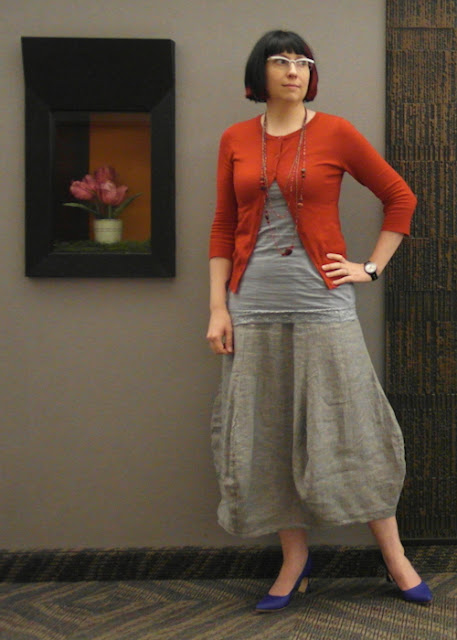 It almost looks like pants but it's a skirt.

Since I left my cardigan behind, I had to wear the red one again today. It didn't quite go with the grey and blue but it was necessary to keep me warm.


After the meeting we went to Osborne Village and I was very good. I only bought a belt made out of a tie, a plain black t-shirt, and a present for my husband which I won't reveal in case he reads this post.

I'm looking forward to getting home tomorrow AND I have Friday off. So thrilled about that.


Tonight we're going for supper at a place with a pizza oven and then we'll have an early night. Flight at 9 am!