This weekend was probably the busiest weekend I've had in months. Saturday started with breakfast out and then going downtown to watch the Pride Parade. I took a bunch of photos but they didn't turn out very well. I mostly took picture of dogs anyway. =)

My husband took lots of photos too and since he's a photographer his turned out much better. He did take two photos of me though. 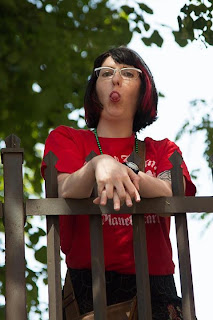 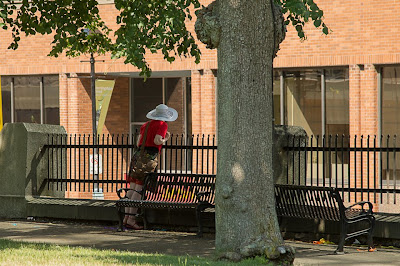 In the second photo the parade is over and I'm trying to find Brent. He found me first.

After the parade, Brent had to work so I wandered around downtown. I made the mistake of going into Kick Ass Shoes, a store that used to carry Fluevog shoes, because I saw a pair of Fluevogs on their sale shelf. Those shoes didn't fit me but the sales clerk mentioned that they still had a pair or two in the backroom. She brought out these. 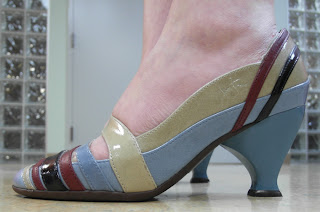 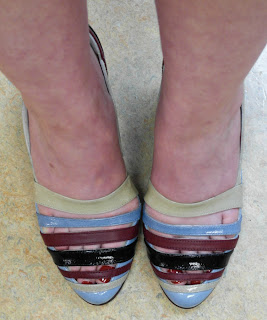 These are Blind Faith Mid Drew shoes from 2008-ish. I have another pair from this family, the Blind Faith Corey which I last wore on Valentine's Day. These shoes are the shiniest Fluevogs ever. 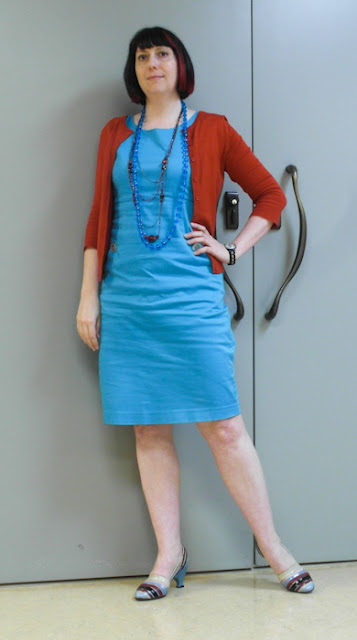 Here's what I wore with them.

There's something pretty about red and turquoise together.  My co-worker was quite complementary about this outfit.

I hope everyone had a good weekend and happy Monday.