Devil with a brown dress on

I'm writing this blog having had a drinky or two so I can't be responsible for what I say or don't say. 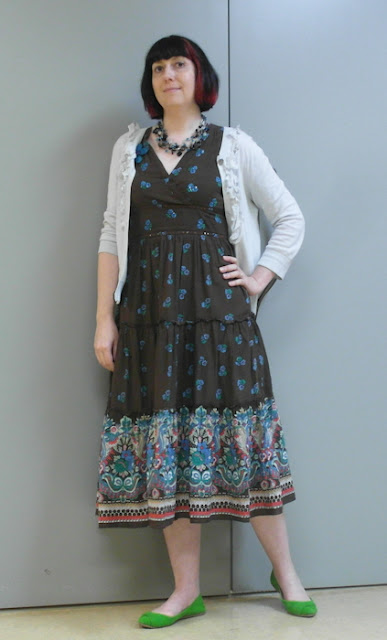 There's a lot more green in this dress than you might first think. That's why I wore the ACID green shoes.

In 2008, B and I went on a trans-Atlantic repositioning cruise with some friends. It was going from Florida to Barcelona and was Über-cheap. We embarked in Florida, stopped in Bermuda and then spend 7 days at sea crossing the Atlantic and then arrived in Lisbon. It was in Lisbon that we were told that one of the stabilizers had broken and the Portuguese port authority wouldn't let the ship leave until it was fixed. Consequently (ooo...big word), all ports of call were cancelled and the ship would just be heading directly to Barcelona once it was fixed. 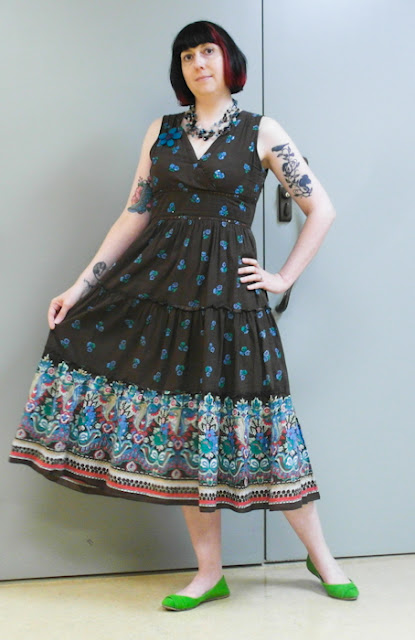 B and I decided to disembark at that time, leaving our friends behind. We stayed at a great hotel called Pestana Palace and spent 3 days discovering the city.  This dress reminds me of those days.

It has sequins on the top, which you can't see. Sparkly! 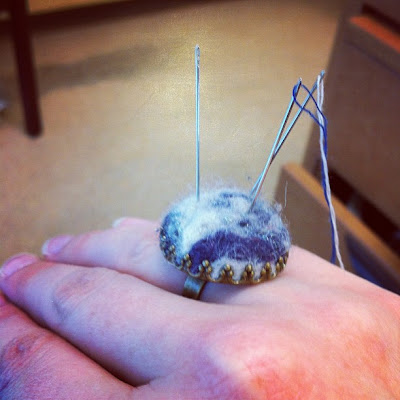 Here's what you couldn't see - my new pincushion ring! B bought it for me yesterday at a local store run by our friend Pam, called Put Me On. Don't worry, I only stuck the needles in for demonstration purposes.

I didn't ramble too much...nighty night!
Posted by Megan at 8:54 PM