I subscribe to a number of websites that sell designer clothing and shoes "off season". Sometimes the temptation to buy stuff is strong but I've been very good lately about resisting. Until I saw this dress on MYHABIT.  It sells for $245 on Modcloth - I got it for $89!

I like the print but I also like the style of the dress. I'm quite pleased with my bargain purchase!

The frames aren't white, more of a creamy colour, which was a surprise but that's no big deal.

After I took these photos I realized that I should have been wearing my glasses. Next time! 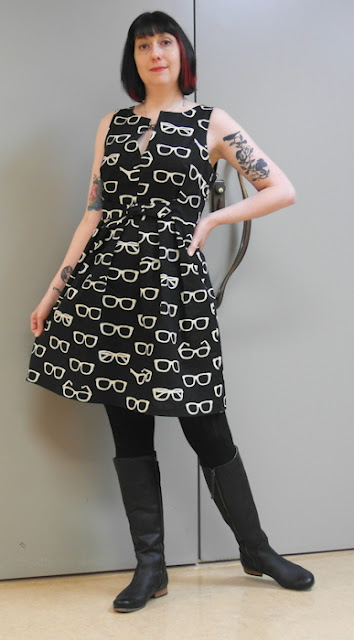 And holy crap, I'm wearing the same boots today that I wore yesterday! What's wrong with me? I think it's really that I wanted the added warmth. Plus they are the best boots in the world. 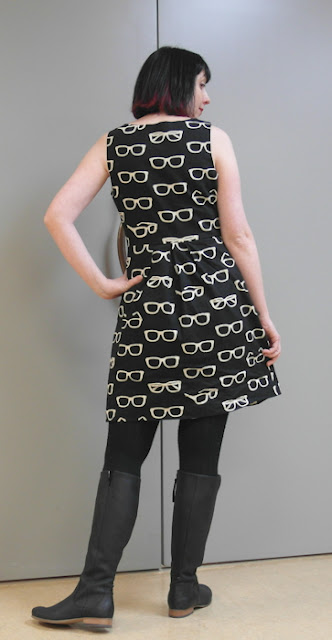 I have no weekend plans but I'm happy to see the back end of this week. I hope everyone has a great first weekend of 2013.
Posted by Megan at 4:21 PM