A first on the blog today. I'm wearing the same shoes that I wore yesterday. GASP!  I KNOW! It's unprecedented. 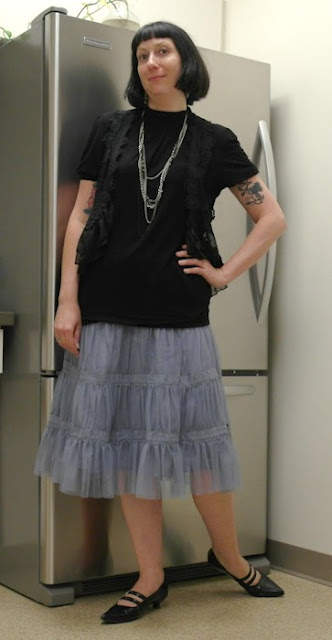 Apparently it is also the first time I've worn this skirt on the blog. I've had it for a few years so I find that strange. I just looked through my flickr photos too see if it appears there but I apparently doesn't. Hunh.

It's pretty flouncy and I like the way it goes with my kitten heels.

My lace vest doesn't show up at all in these photos. I'll have to wear it again when I'm wearing a lighter coloured shirt. 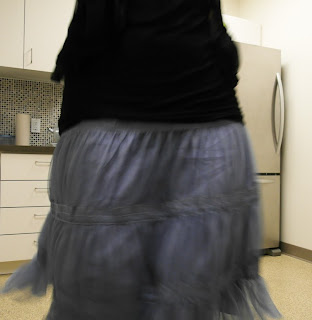 
On Monday, White Lies, my second favourite band (after Duran Duran, of course) released their third album. Apparently only in the UK since my iTunes says it won't be out until August 20th. Not sure why in this day and age of digital music that we continue to have separate release dates. It's maddening!

Here's the video of their first song off the album, There Goes Our Love Again.