Yes I know, technically summer doesn't end for another 3 weeks but after Labour Day it starts to feel like "back to school" and fall. I'm looking forward to wearing tights and boots again. Right now I'm wearing as little as possible and my hair is in pigtails. Humidity is of the devil.

(I actually started this post on Saturday. It's no longer really humid. In fact it's quite cool today.)

Last week was very busy at work so I didn't get many pictures but I have a bunch from earlier this month. 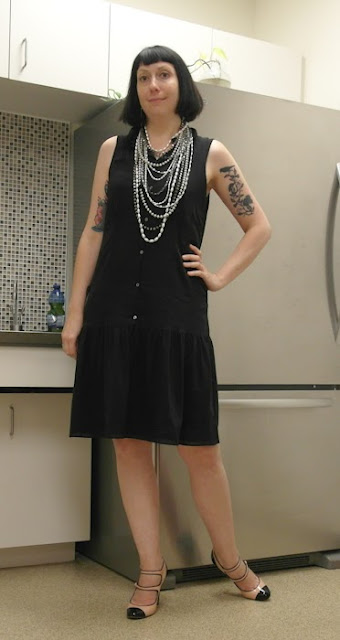 This necklace is all one piece but is pretty light because it's just made of plastic. 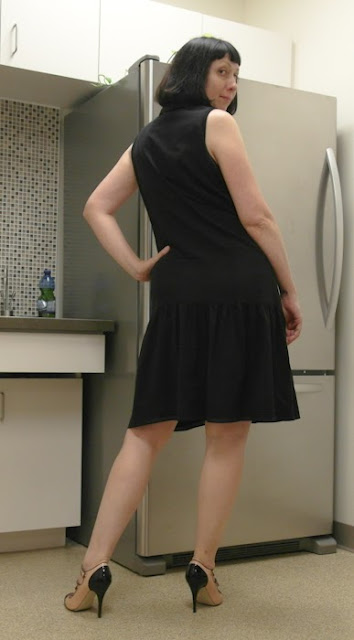 I haven't been around the blog world much but I'm hoping to come out of the other side of this funk I'm in soon. Work isn't overwhelming anymore like it was in August when I was covering my coworker's files while she was on holiday, and we're almost back to a full complement of staff again. 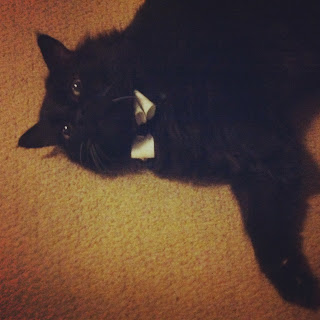 In other news, I have adopted a cat named Robin Hood. He's about 6 years old and tested positive for Feline Leukemia so his life expectancy isn't long but he reminded me of my dear departed Jetta.

He just arrived yesterday and one of the first things he did was to pee on my floor. He's home alone now so I'm a little worried about what mayhem I'll return to.


OH! I went to see Depeche Mode on Sunday night with my sister. We had great seats - not close enough to get sweated on but the band was very visible without having to watch them on the big screens. I took this video because they had great graphics and images behind them. Particularly this one. (which may or may not show up....)